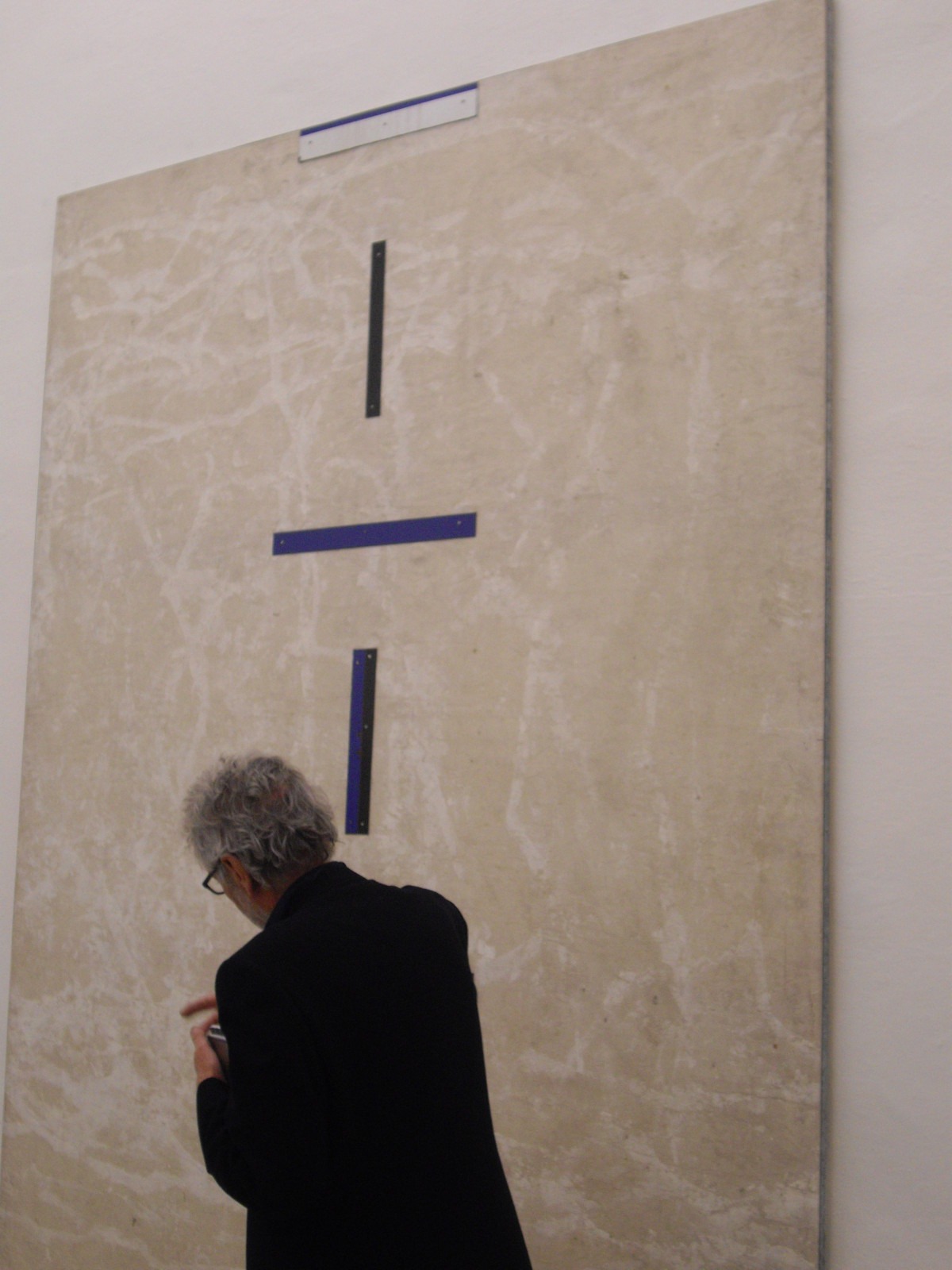 Infused with abstraction and figuration, Pierre Buraglio’s work explores interdisciplinarity as well as the links between form and meaning in contemporary esthetics.

His first Recouvrementswere composed of superpositions of glued paper. These were followed by the first Agrafages, from which the mechanical characteristics of Buraglio’s art stems. Eager to create an image made up of multiple strata, the artist alternated the vibrancy of colors with more neutral tones, generating a staccato rhythm. He then went on to use recycled objects like discarded window frames or the packaging of Gauloise cigarettes, painting and drawing directly on their surface.

Pierre Buraglio trained under Roger Chastel at the École Nationale Supérieure des Beaux-Arts de Paris. He quickly become acquainted and worked with Vincent Bioulès and Claude Viallat and became a member of the Salon de la Jeune Peinture in 1961. He has exhibited extensively in France and retrospectives have been held at the LAIT art center in Albi (France) in 1989, Musée d’Art Contemporain in Bordeaux in 1999, and Musée Zadkine in 2003. Pierre Buraglio’s work was also exhibited at the Centre Pompidou in the Traces du Sacréexhibition in 2008. 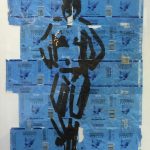