The building at 53 quai d’Orsay in Paris is an incredible art deco-style edifice, with a surface area of 9000 square meters, built between 1933 and 1937 by the architect Roland Boudier as the headquarters of the SEITA, a state-owned company that operated the tobacco monopoly in France. Today it is where the Bredin Prat law firm is located, as well as the Bredin Prat Foundation for Contemporary Art, which since 2018 has opened the building to the public for regular visits.

The building and its district

Leafing through the Historical Dictionary of the Streets of Paris, we discover that “the whole quadrangle delineated by quai d’Orsay, rue Surcouf, rue de l’Université, and rue Jean Nicot was occupied from 1829 to 1909 by a large tobacco factory, subsequently transferred to Issy-les-Moulineaux. The dictionary also states that “this factory, known as the ‘Gros Caillou factory,’ had, in 1870, 2,000 workers paid three francs per day for men and two francs for women.” The site at 53 quai d’Orsay formed part of that factory.

Above the majestic entrance, the passer-by on quai d’Orsay can still see the trademark of the SEITA, the former owner of the premises, chiseled into the stone and forged into the wrought iron work of the doors.

Built in the 1930s, this six-floor building is an excellent illustration of the architectural trends of the period: symmetrical façade in beige marble, monumental entrance with a columned loggia, wide landscape windows looking on to the River Seine, friezes depicting workers producing tobacco and the “good master” above all the entrances to the building, the interior courtyard in red brick, with circular “porthole” windows. There is a very marked contrast between the austerity of the exterior façade in beige marble and the gaiety of the façade of the vast courtyard.

Inside: Behind the entrance hall, which is a vast space with breathtakingly high ceilings, there is an impressive staircase with bronze handrails and patina metal railings embossed with the tobacco leaf symbol, within a bay-windowed stairwell in opaque glass engraved with geometrical patterns designed by Lalique. In addition to the elevators, two other similar staircases lead to the upper floors of offices which mostly have wide windows, affording magnificent views of the River Seine. Lastly, flooring, ceilings, and architectural details in mosaic, faience, stucco, and glass are present throughout the building.

The building surrounds a large rectangular courtyard with a verdant garden of magnolias and a variety of plants, which is bordered both on its left and right parallel sides by fully glassed-in spacious walkways creating a cloister-like atmosphere of peace. From there, the visitor can admire the pure and massive lines of the red-bricked edifice, all in right angles, punctuated by the occasional large “porthole” window.

The former headquarters of the SEITA (7th arrondissement in Paris) were entirely re-modernized between 2000 and 2002 by the architects Jean-Michel Wilmotte and François Braun.

Renovated by Architral in 2015, the building’s six floors can provide office space for up to around 500 people. The Bredin Prat law firm occupies nearly the whole of the building.

The firm’s conference rooms for meetings with clients are found on the ground floor and garden level. Each room has its own style: wall-coverings, furniture, works of art, and all are equipped with videoconferencing facilities, video projectors and conference phones.

The ground floor and garden level are also where works of art from the Fund’s own collection or those it has on loan are exhibited. It is here that the temporary exhibitions for the Jean-François Prat Prize are held each year.

From the first floor upwards, the lawyers’ offices fill most of the building.

Lastly, on the top floor, we find the firm’s library law, spectacular for its contemporary Gothic arched ceiling, designed by Jean-Michel Wilmotte and François Braun and conserved from their redesign work in 2002. The library is also spectacular for its view: to the south over the dome of Les Invalides and the Montparnasse Tower, and to the north the Eiffel Tower and the building’s huge red-brick courtyard and its Lalique glazed stairwell.

Three terraces overlooking the courtyard, on the ground floor, first floor and sixth floor, can be used for receptions or to enjoy a moment of peace. 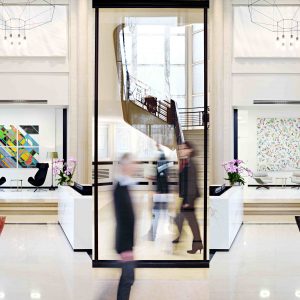 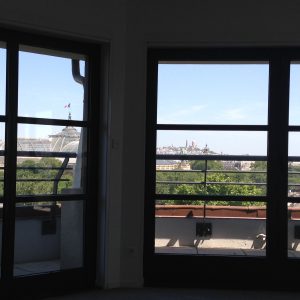 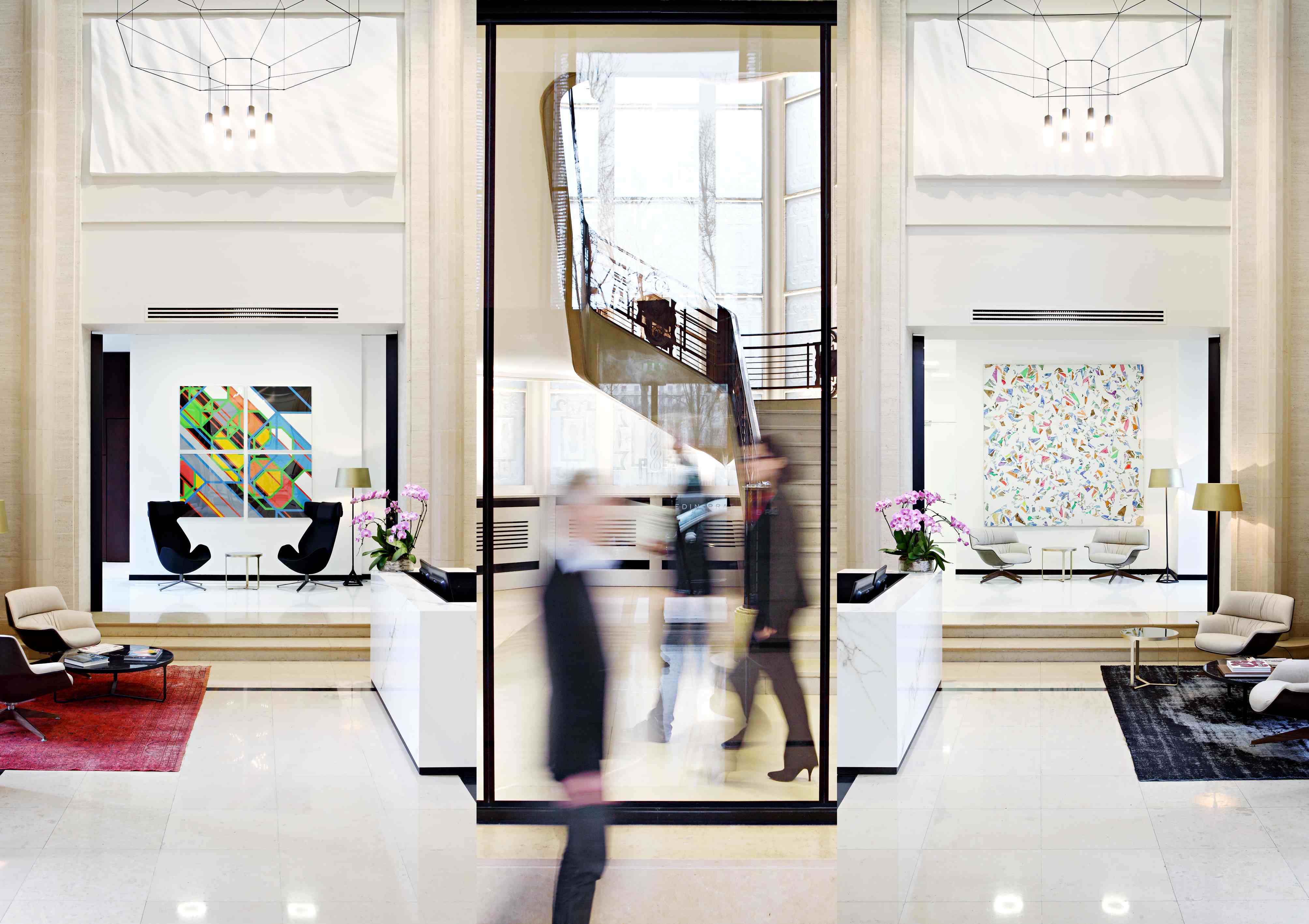 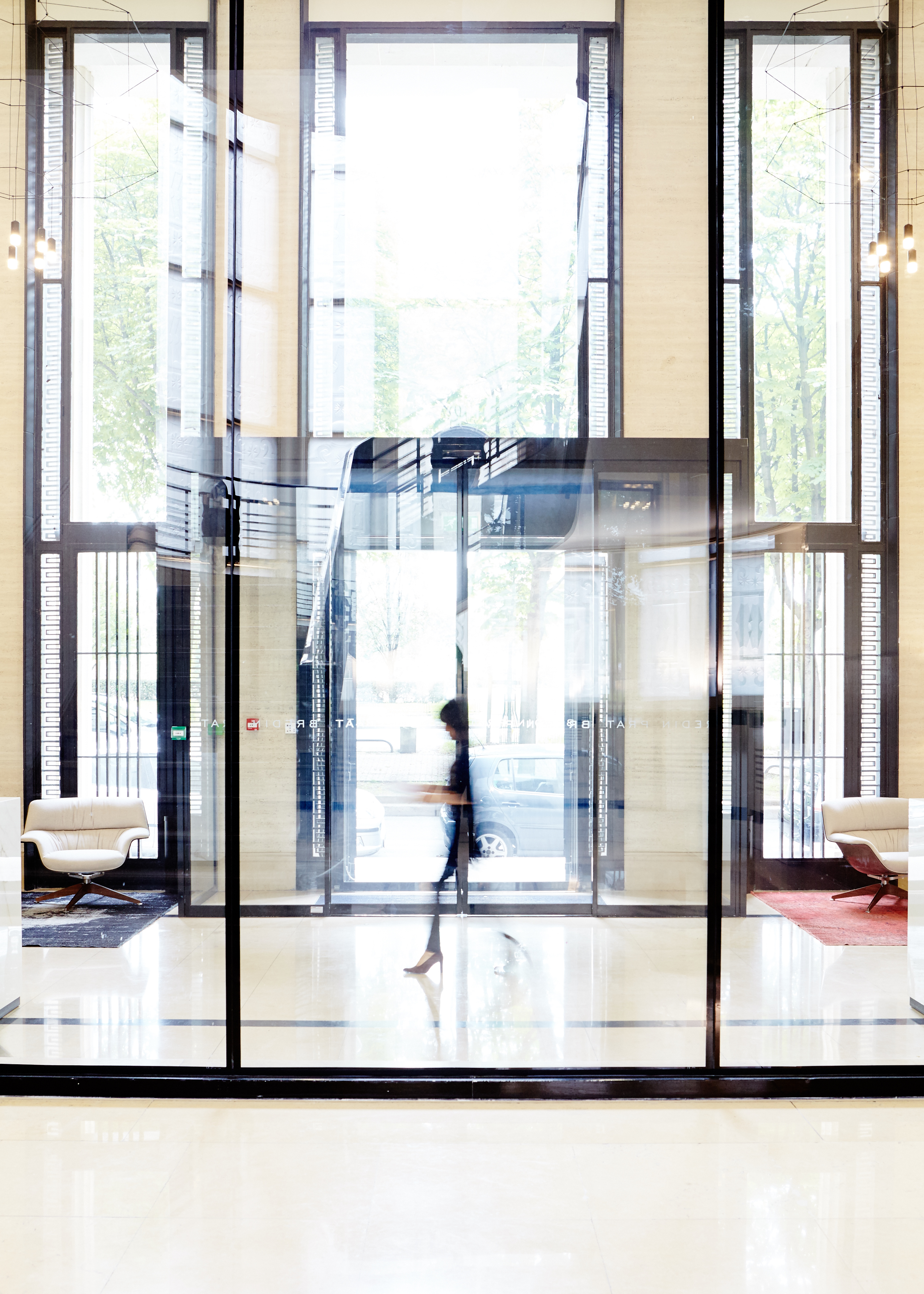 A typical 1930's style interior staircase of the building

View of the Grand Palais from 53 quai d'Orsay Paris 7 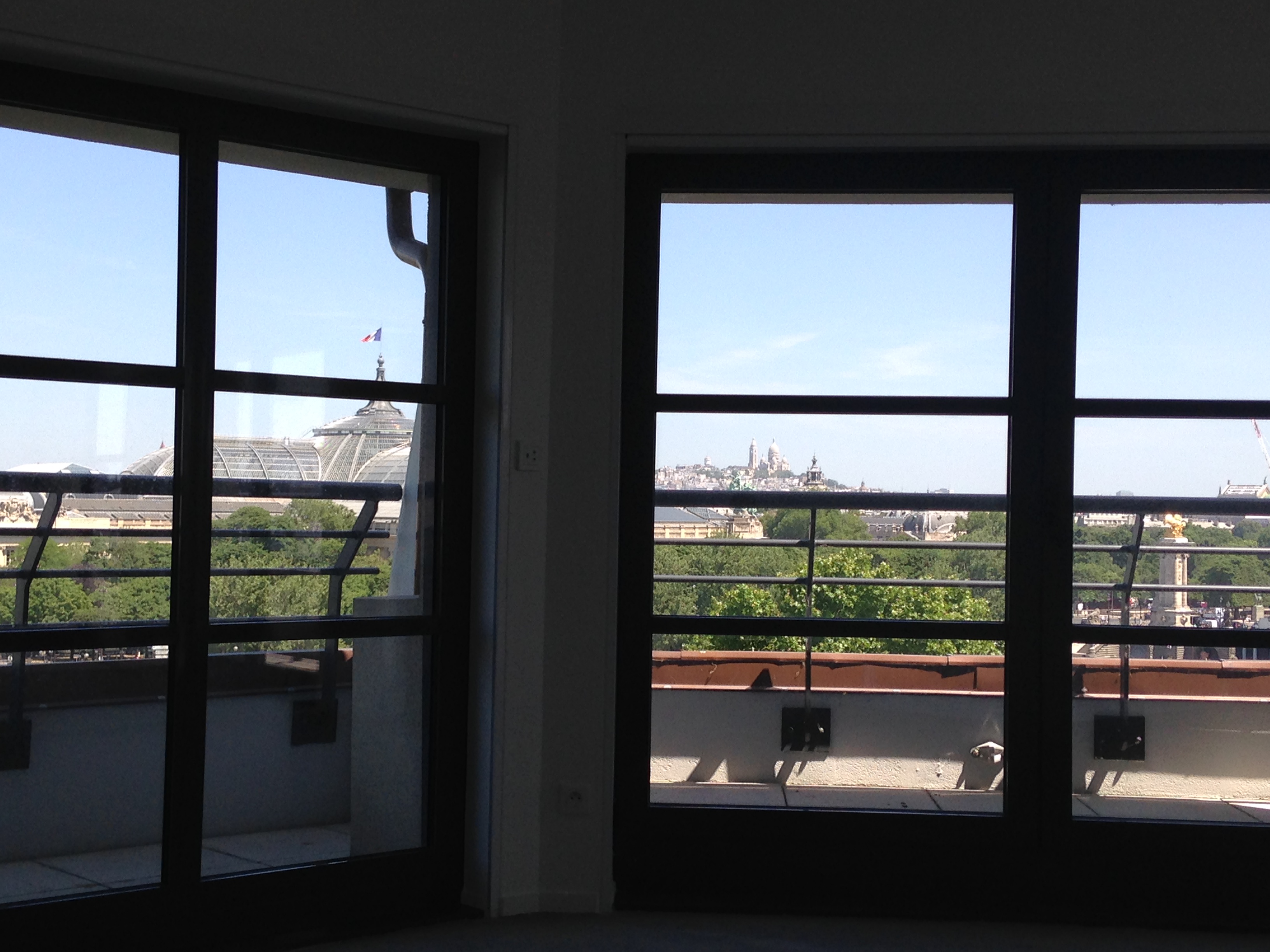 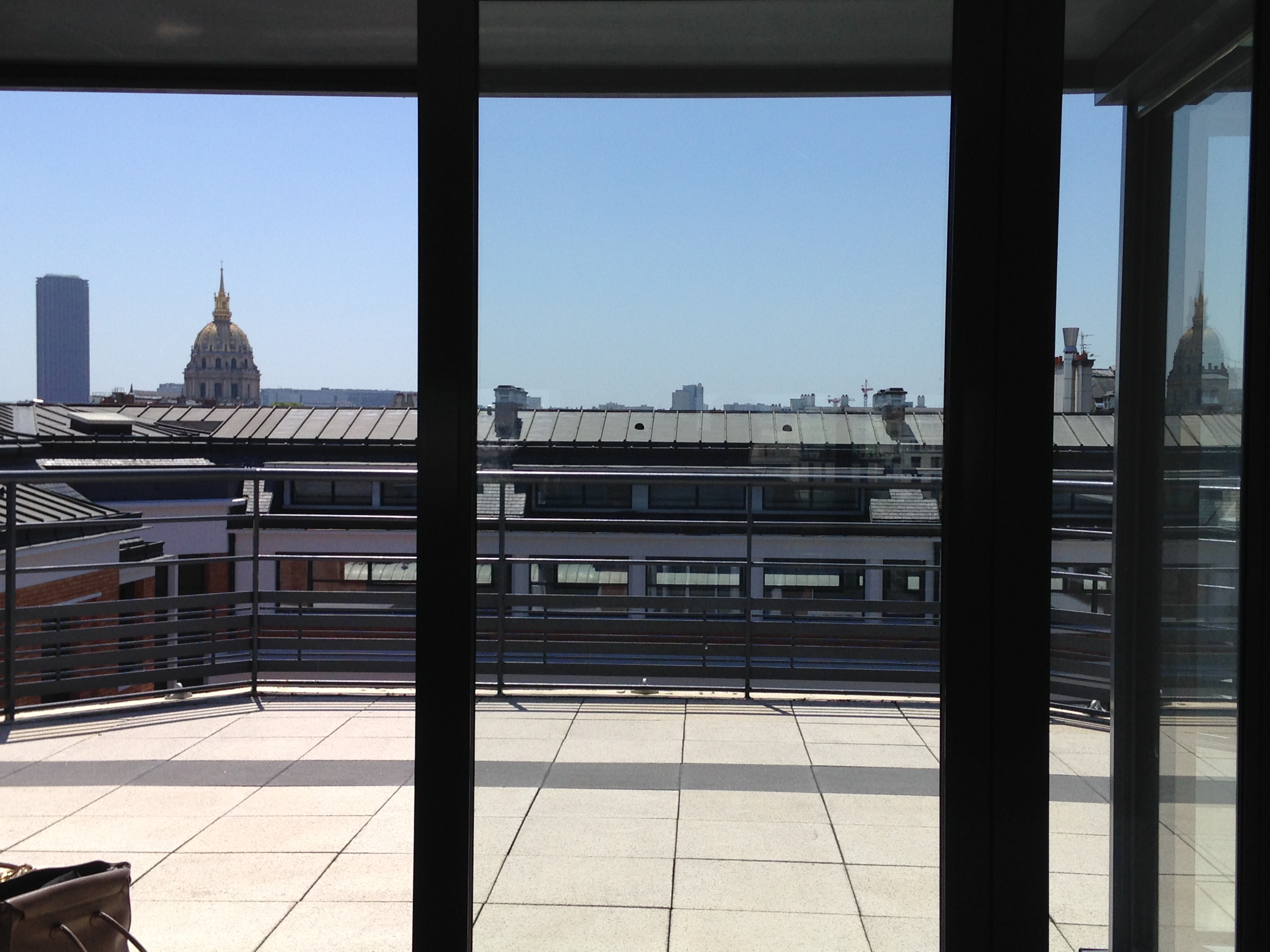 View of the Eiffel tower from 53 quai d'Orsay Paris 7 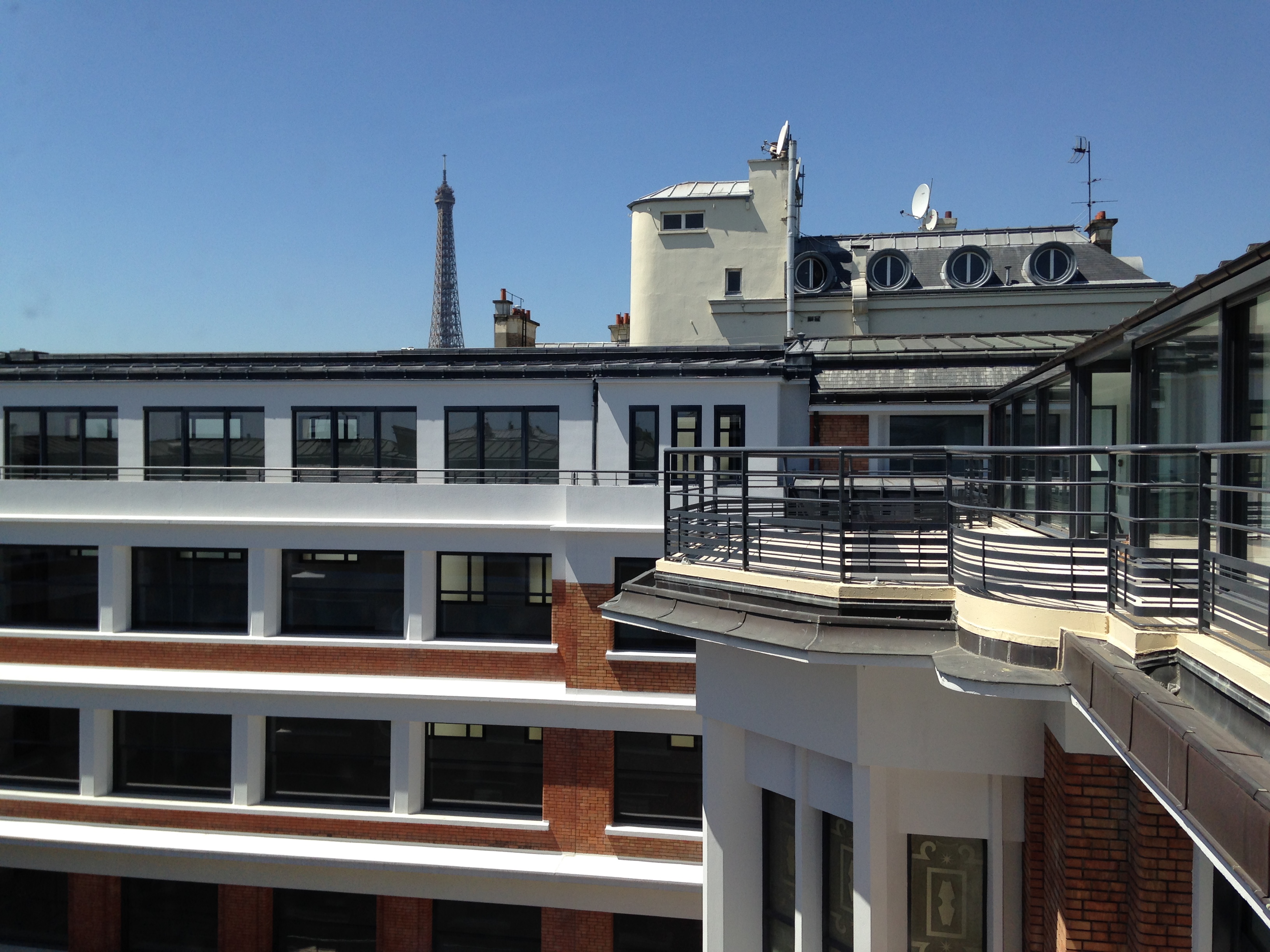 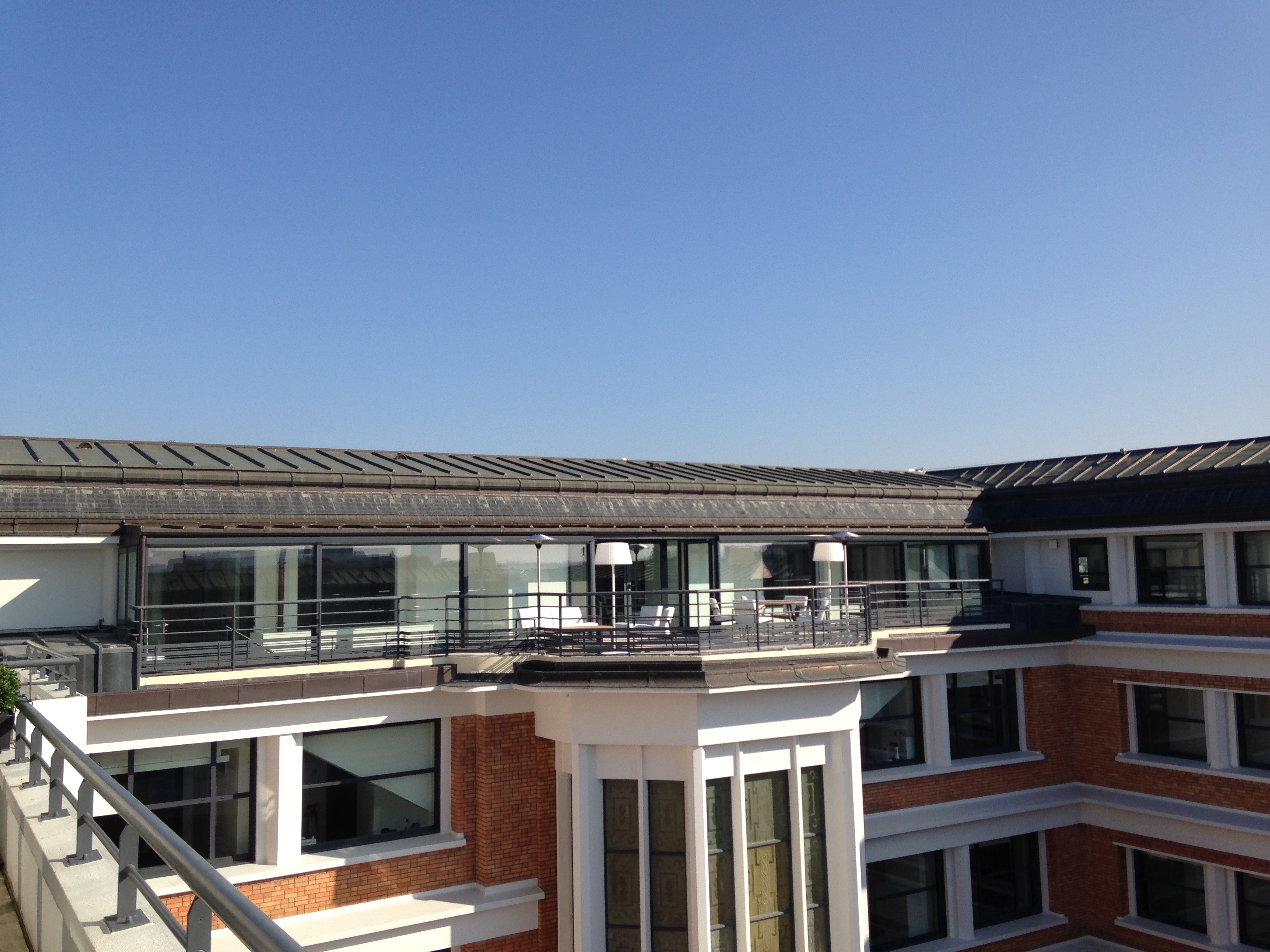